Just added to your cart

Our customers speak for us

I have yet to use them, but my athletes have. They seem to really enjoy the extra bite. They have all noticed an increased amount of spin and pop coming off the floor. Especially in the serve. So far so good…have yet to hear about durability issues.

The string is incredible, able to generate tons of topspin and power. Love it. Highly recommended.

Love the crisp feel when hitting on tennis balls as well as the deep bite that make great control and spin .

these strings are amazing, have it all! whats even better, have had them 4 months with no change in play. balls that i thought were long, appoint says inside the line. what!!! you can also hit hours pain free. THAT, deletes poly hybrid.

I have been a die hard YTEX Square-X user from day 1...but this string gives me the bang and the bite I have been looking for...unbelievable performance...well done YTEX, well done...

Shortly after placing the order Ivor personally called me to learn my style of play, and selected the strings to include in the kit. In a day or so I received them, and put strung the Quadro Twist. I needed no break-in period for the match I was playing, and all in the doubles group repeatedly commented on my improved spin serves and power! In spite of the promoted durability of the Quadro Twist, I will not be disappointed if they prematurely break so I try the next sample. A great product, immediate and noticed improvement in my game, personal service, and all at a most fair price. I'm so blessed to have found YTEXT!!

I decided to try these string looking to improve durability without compromising spin potential. I am some happy with durability and the added control to my raquet. I am getting everything I always wanted in term of spin, power and control. I was using higher tension mainly for durability reason and increase play time but with these strings I can lower the tension and play longer without having to change strings so often

I have played with various different strings. I am level 5.0+.
These are the best out there. Lot of power and spin.
I am using these on my Yonex Regna 98......so delighted with Racquet+string combination.
I was so happy that I bought the whole 200m Reel. :))
I can promise you won't be disappointed

This string has it all... power, control, feel, spin and COMFORT.
If Polys make your arm hurt - try this one. I string my Yonex VCore Pro 97D at 47lbs. I'm amazed what I can do with these strings - which gives me a lot of confidence. I've won two tournaments in a row with Square-X sharp. I can't argue with those results.

need different gauges and colors. specifically white. yet this is a great great great string!

Customer very happy with the feel! And let's face they look great in this racket!

ntrp 4.5 male, all court, heavy spin on fh/bh, using on a radicalPro (orange paint job).
definitely feel/see more spin/bite on the ball, especially on serve (slice, kick), compared to my typical strings (lux rough).
had to string ~38lbs.... tried at 48lbs, and it felt too stiff, needed to swing harder.
compared to ultracable, it feels livelier (but still stiffer/not as comfortable than lux rough)... i attribute that to being a 18g (vs. ultracable is 17g).
not very durable... broke in 3-4h of play, which is ok, as i expect that in a spin oriented string (square+thin18g == more grabby == more string movement == more sawing of the mains)

only con is if i'm playing another spin player, and i try to "block" the ball defensively... the ball tends to play the racquet. i need to commit to swinging on my groundstrokes. i find controlling touch volleying against heavy topspin/slice tougher (but that's ok, since touch is not my strength/goto weapon anyway)

The strings were for a customer. He liked the strings alot! Bite and spin!

NEW TO YTEX? TRY THE YBOX! 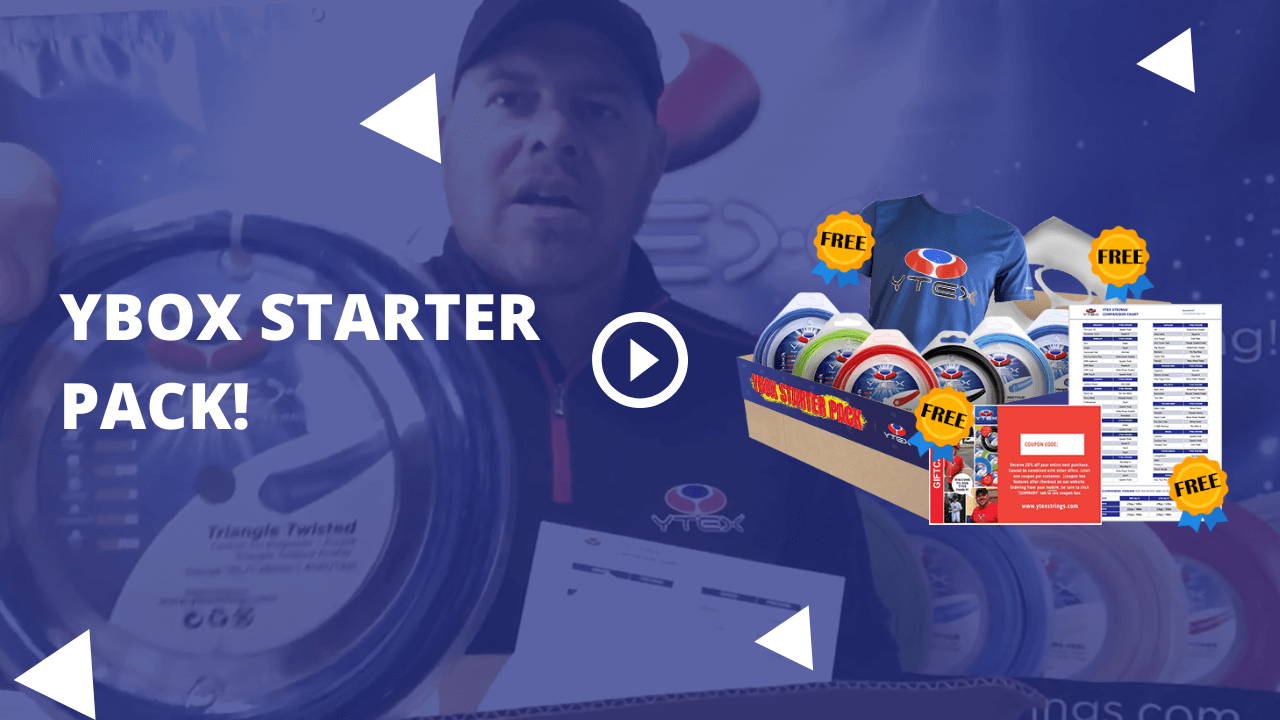 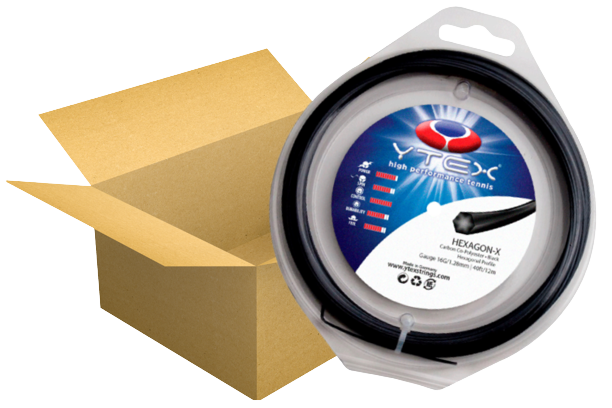 Best for those wanting to experience YTEX for the very first time.

Tell us the string you use, play or string the most with, and we will send you the MOST comparable string from our YTEX catalog! Experience YTEX in a unique way and test many of our string lines at once!
When You Order Your YBOX, We'll Throw In:

BONUS: Coupon for 20% OFF on your next order (Hundreds in Savings!!!) 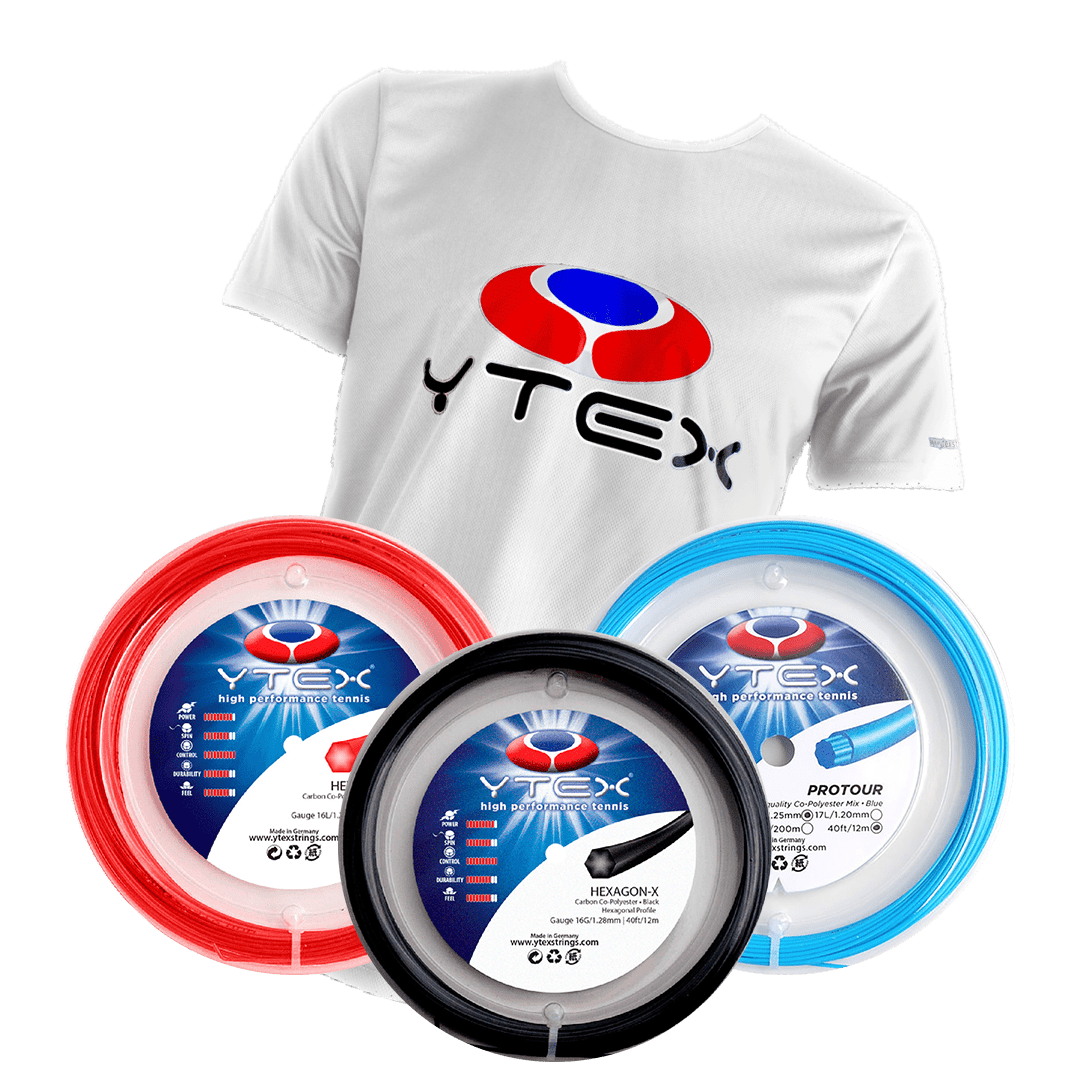 Want to try different YTEX strings but not sure what to playtest for the very first time?
Then this is the pack for you!

When You Order Your YTEX Tri-Pack, We'll Throw In: 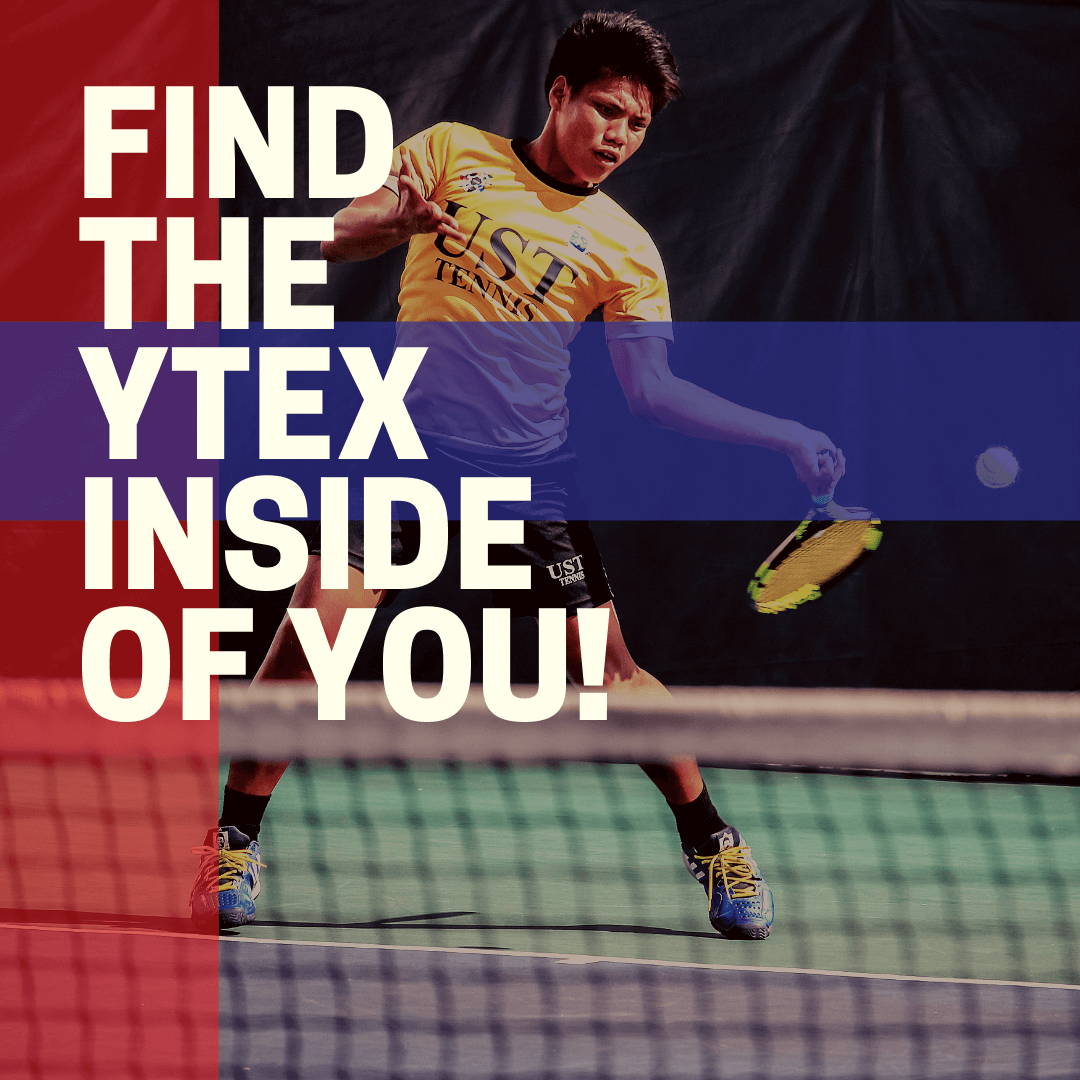 Check out our string's categories and comparison chart to find out which is the best YTEX string for your game.

Check out our strings comparison chart to find out which is the best YTEX string for your game.